English version of the PRESS CONFERENCE : 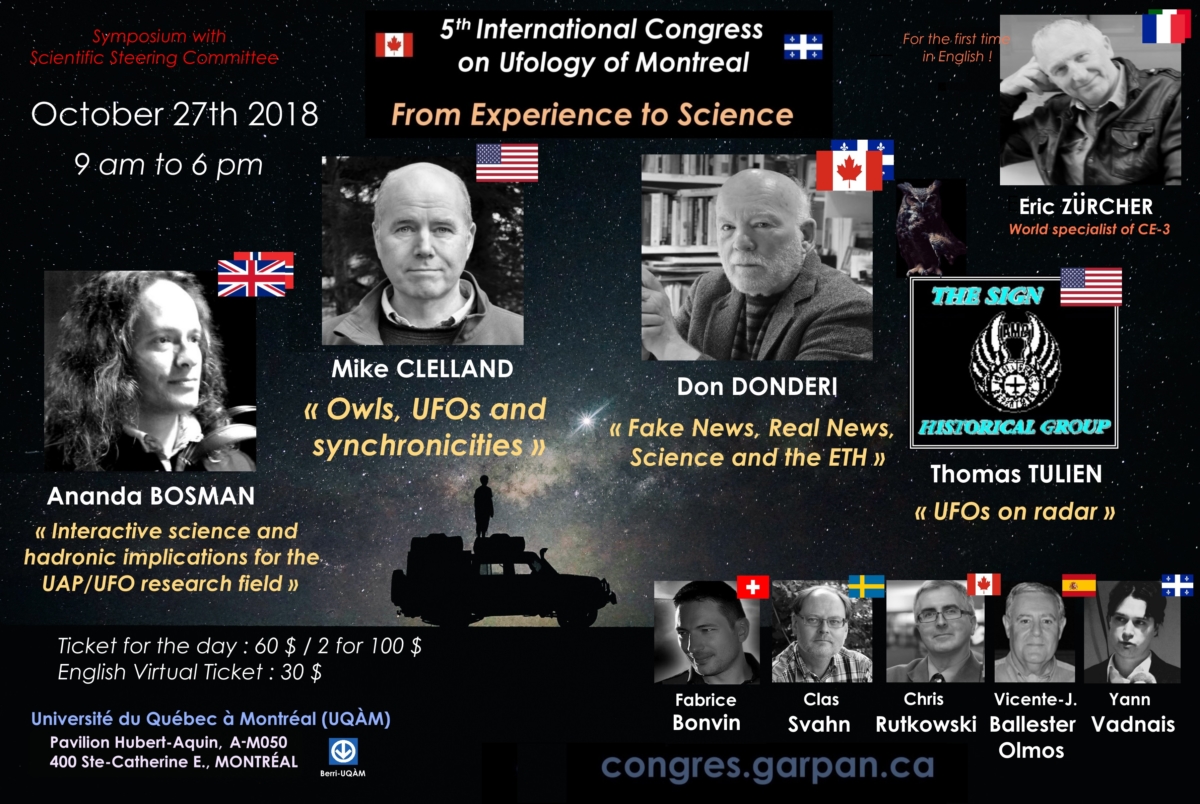 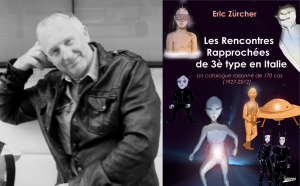 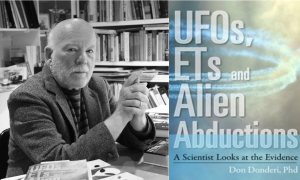 Don Donderi is a retired McGill University psychology professor whose professional career has been devoted to basic and applied research about human visual perception and memory. He has been professionally interested in the UFO phenomenon and the UFO evidence since 1965. He wrote UFOs, ETs and Alien Abductions: A Scientist Looks at the Evidence, in 2013. He is a student of the scientific and social context of the UFO evidence and its interaction with public acceptance of the evidence.  He is also  an active researcher in the UFO field.

and the Extraterrestrial Hypothesis

What is the easiest way to discredit a news source? If you think that that it delivers “fake news” then you won’t trust anything that you read there. And now, since a lot of our news from comes internet-connected screens and devices, one internet “fake news” story will work to taint all internet news sources.

There are a lot of online “fake news” stories about the UFO phenomenon, and they work just as I described. “Fake” UFO news makes people distrust real UFO news, and it is part of the reason why, after more than seventy years of modern investigation, the “real UFO news” – authentic reports of machines maneuvering in earth’s atmosphere with capabilities far beyond our own species’ technical accomplishments – has not convinced most people that we are under surveillance, or worse, by technically advanced species from other worlds.

In this talk I will first briefly review “real news” that supports the hypothesis that some of what people report as UFOs are extraterrestrial vehicles. Then I will show you “fake news” about UFOS to remind you what it looks like. Then I will review the psychological processes, first described by Sigmund Freud and them more recently by Leon Festinger, that work to discourage everyone, from your next-door-neighbor to the most influential person in your community, from taking seriously the “real news” about UFOs. Then I will discuss the restrictive political and philosophical context of modern science – a context that prevents professional scientists from recognizing or even acknowledging the extraterrestrial hypothesis (ETH) as an explanation for some UFO reports. Finally, I am sure that some people do know a lot more about UFOs than even the best-informed among the rest of us. I will discuss who those people might be and what they probably do know about UFOs. I will discuss the implications of that knowledge – and the secrecy behind which it is being advanced – for the security of our species. 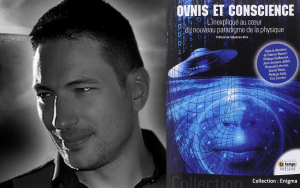 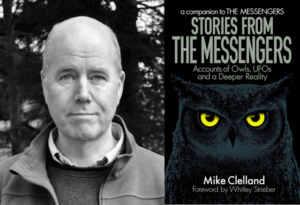 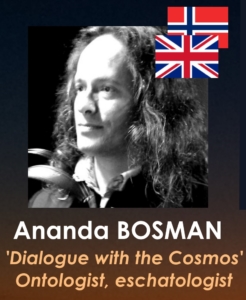 In 1985, Ananda became the co-founder with Sir George Travelyan (Cambridge University, knighted for poetry), and Nigel Blair MA (Oxen, Oxford), of the SUN : Schools and Universities Network in England, with branches in Oxford and Cambridge.

His January 1991 Copenhagen Press Conference (film material of this conference can be given as reference, it is not uploaded on the websites or in the internet) « JFK & The Alien Presence », with over 70 journalists attending this explosive presentation, drew favorable media attention, considering the dynamite of the topic, with newspaper, television news appearances, and numerous radio series resulting. Which became the foundation of Ananda’s 1992 book « The ‘Alien’ Presence: The Evidence for Government Contact with Alien Life Forms.“

His prolific innovation in his extensive extended seminars have been video catalogued since the mid-1990s, covering hundreds of novel subject materials, including his 17 years of being an annual guest at the Swiss ecumenical « Centre for Unity« , Schweibenalp, in 5 day and 10 day intensives. He has been a keynote speaker at numerous international congresses, including those on Shamanism in Peru (see Ananda’s Youtube channel), and symposiums of the Native people, as well as a host of Spiritual, Scientific, Musical, UFOlogical, Philosophical, artistic, and medical congresses, around the world. Ananda has guided numerous expeditions to Egypt, Central and South America as well as to far Eastern temples, pyramids, archeological and sacred sites. Advancing some unique cosmologies and research on certain aspects of the ancient cultures that built them. Having pioneered several new advances, theories and models in Ethnopharmacology, in his 2002/2004 book The Soma Conspiracy, Ananda has also made some significant steps in identifying the historical identity of the proto- Vedic Soma Mysteries, Sumerian and Egyptian Hierobotanical Mysteries of Initiation Schools. Along with endogenous neurotransmitters that engage similar potential epiphanies of higher state of consciousness, tested with hundreds of pilots since 1992, in Ananda’s development of Dark Room Retreats, for pineal gland metabolite activation.

Filmmaker, Jan Kounen’s documentary « Other Worlds » on Shamanism, was initially based largely on 3 days of interviews with Ananda at his Norwegian estate, in March 2000, regarding his theories and the science behind the South American Shipibo shaman’s Jan was documenting. Jan Kounen then hunted down some of the medical and science researchers whose work Ananda was recounting to document his ideas, and by the time « Other Worlds » was released for the cinema, Ananda Bosman appeared in the movie, but largely in the bonus materials.

As a musical composer, singer and, since 1998, the founder of the “432Hz Music Revolution“ in modern music, Ananda has published many songs of Dance, Ambient, Psytrance, and Meditation music, which are all based on the universal harmonics of 432Hz, coherent heart tempos, & 8Hz on all levels of his music. As well as his uniquely developed UFOM (Unified Field Overall Mastering), with its golden sacred ratios, including those of the DNA, to achieve optimum mastering. A summary of Ananda Bosman’s 432hz research was featured in Scienza e Conoscenza # 23 L’influenza delle frequenze sui processi vitali : Accordi sopra i 432 hertz, frattali e DNA (https://www.macrolibrarsi.it/libri/__scienza-conoscenzan_23.php)

He has made appearances in over 22 countries worldwide, appearing in different Films, Radio and TV programs :

He was the Editor-in-Chief of the « New Dimensions Magazine », Aton Publishing, Nykøbing-Mors, Denmark & Vale Norway.

In 2013, Ananda Bosman started a new series called « The Dialogue with the Cosmos », where he shows others how to contact & to summon UFOs, as he has been doing for 33 years, with many witnesses including physicist, lieutenants, psychiatrists, medical doctors, and aeronautical engineers, achieving successful results.

Papers on the Dialogues with the Cosmos by Ananda Bosman: 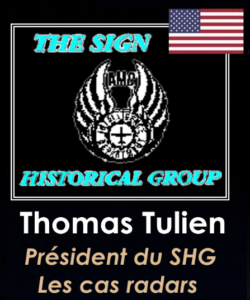 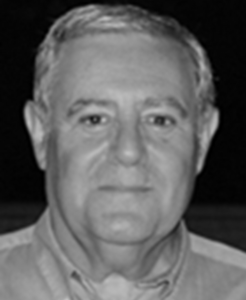 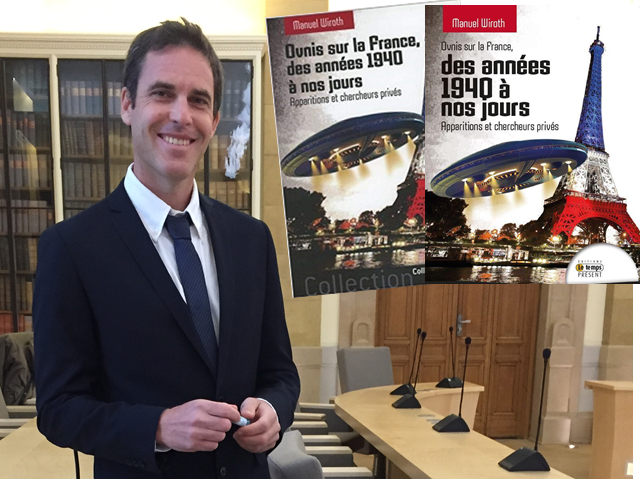 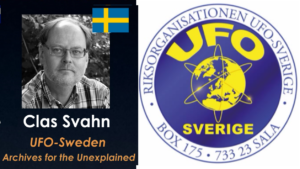 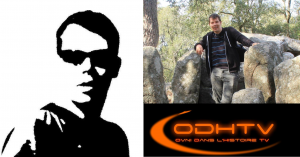 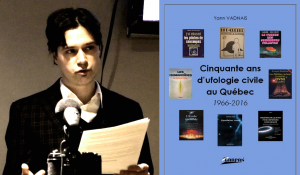 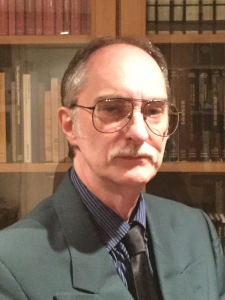 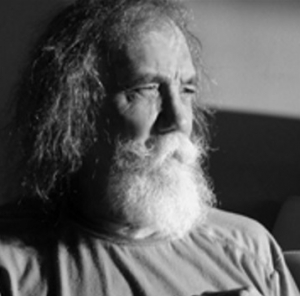 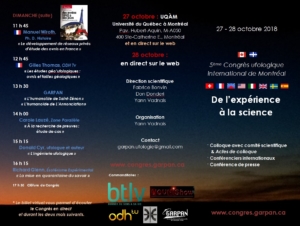 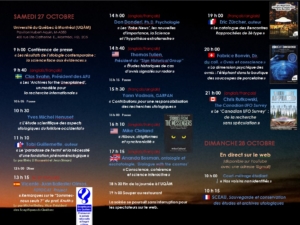 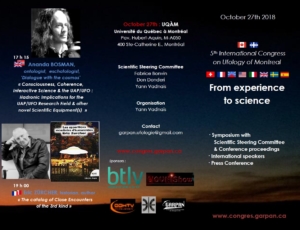 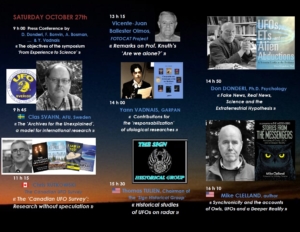 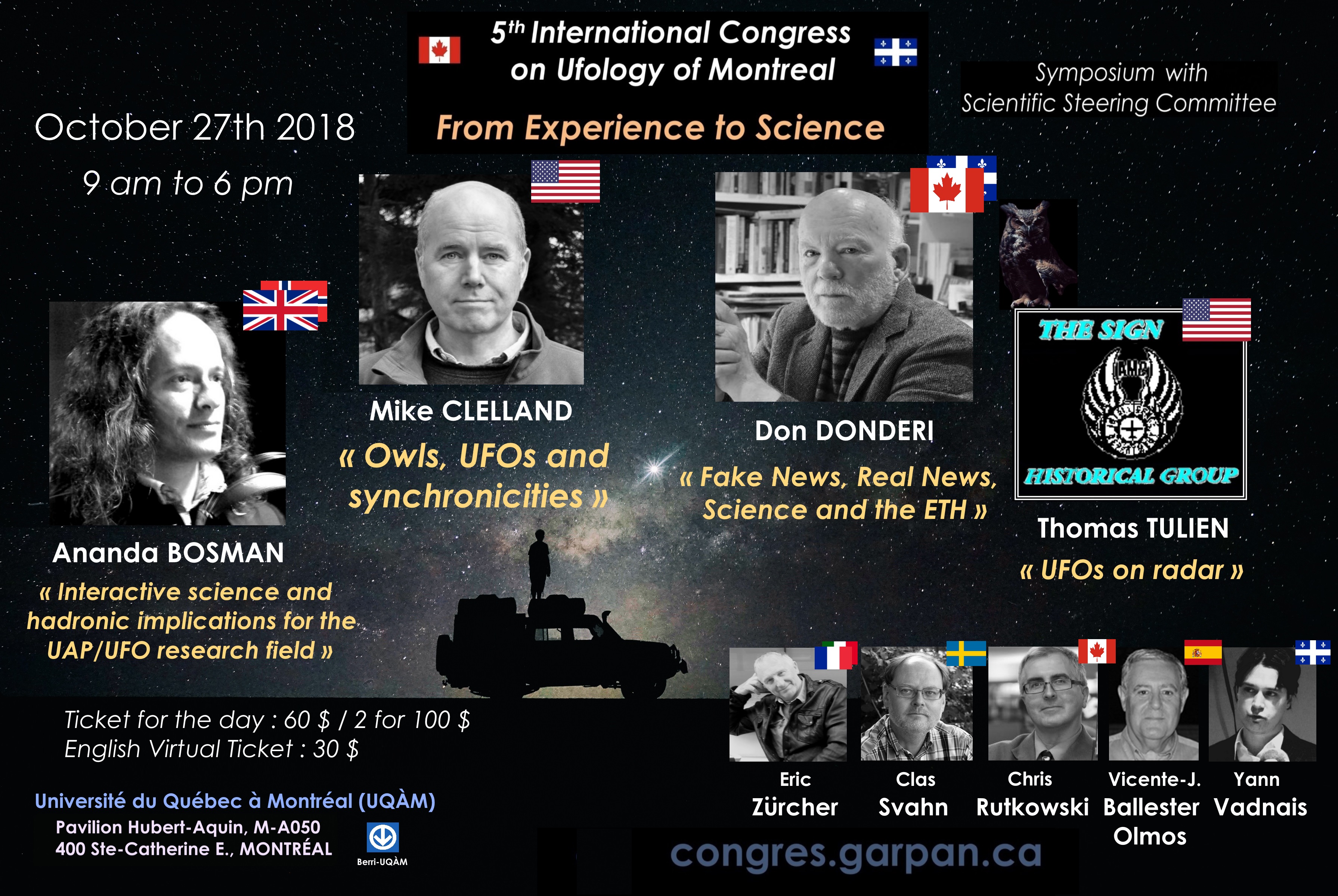